In week 5 of Startup School 2018 we hit the halfway point. We have been selling with Tyler Bosmeny and recruiting a team with Harg Taggar and Ammon Bartram from TripleByte.

How to Sell - Tyler Bosmeny

Tyler is from Clever a platform for building software for classrooms.

Today's foil for Sales isn't Steve Jobs it's Don Draper, with an entertaining comparison of myth vs. reality of life as a salesman: But Don Draper isn't my image of a salesman. He is the impossibly slick creative director selling a dream who can leave closing the deal to the account executives. Instead the fictional salesmen that come to my mind are Glengarry Glen Ross or The Boiler Room: 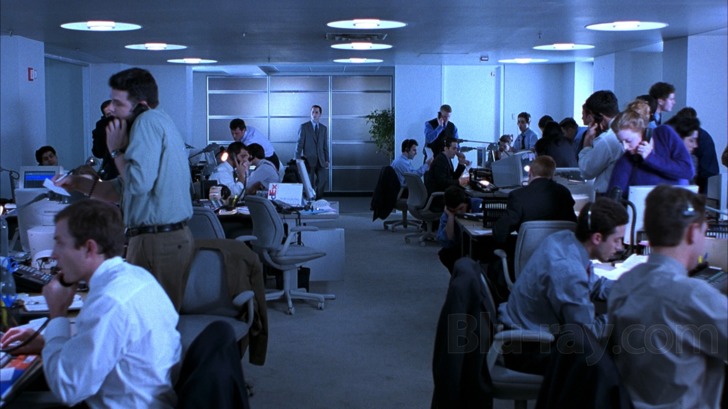 These guys look pretty similar to Dan. Stuck in a box, glued to a phone with no sunlight. Sales has an image problem but it isn't the glamour of Don Draper, it's down at heel hucksters like Shelley Levene or mercenary villains like Jordan Belfort pressuring the vulnerable into buying things they don't need.

So I do empathise with Tyler when he says:

"Tyler, I need you to come join because you're the only person I know who knows how to do sales."

And let me tell you I was offended

Tyler uses the technology adoption curve to claim you need to find innovators: 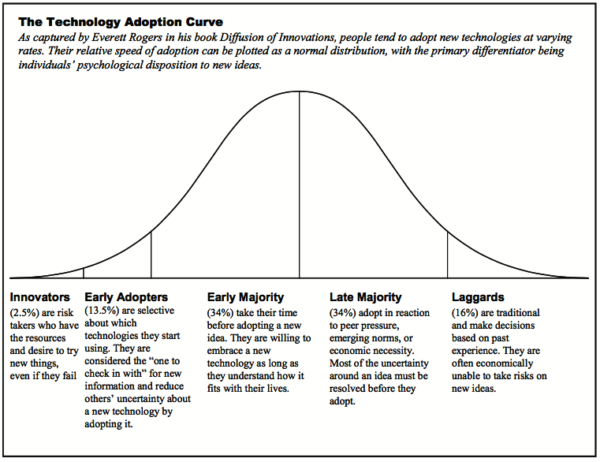 The conclusion Tyler and other's take from the curve is that the different segments are psychologically distinct. The first 2.5% of adopters are materially different with different behaviour from the last 2.5%:

one of the things you notice is looking at this, the innovators segment is just 2.5% of the population. That means 2.5% of companies will even consider buying a product from a startup that is unproven, with no revenue ... you have to talk to a lot of people because you have to find that to 2.5%.

My problem is that you get a diffusion curve even if your audience is entirely homogeneous. The difference between those who adopt early vs. late can be a communication propagation delay across a network and have nothing to do with their character.

For example in an epidemic, there might be some difference in susceptibility but the overwhelming factor in infection is being close to the source which produces a diffusion curve: 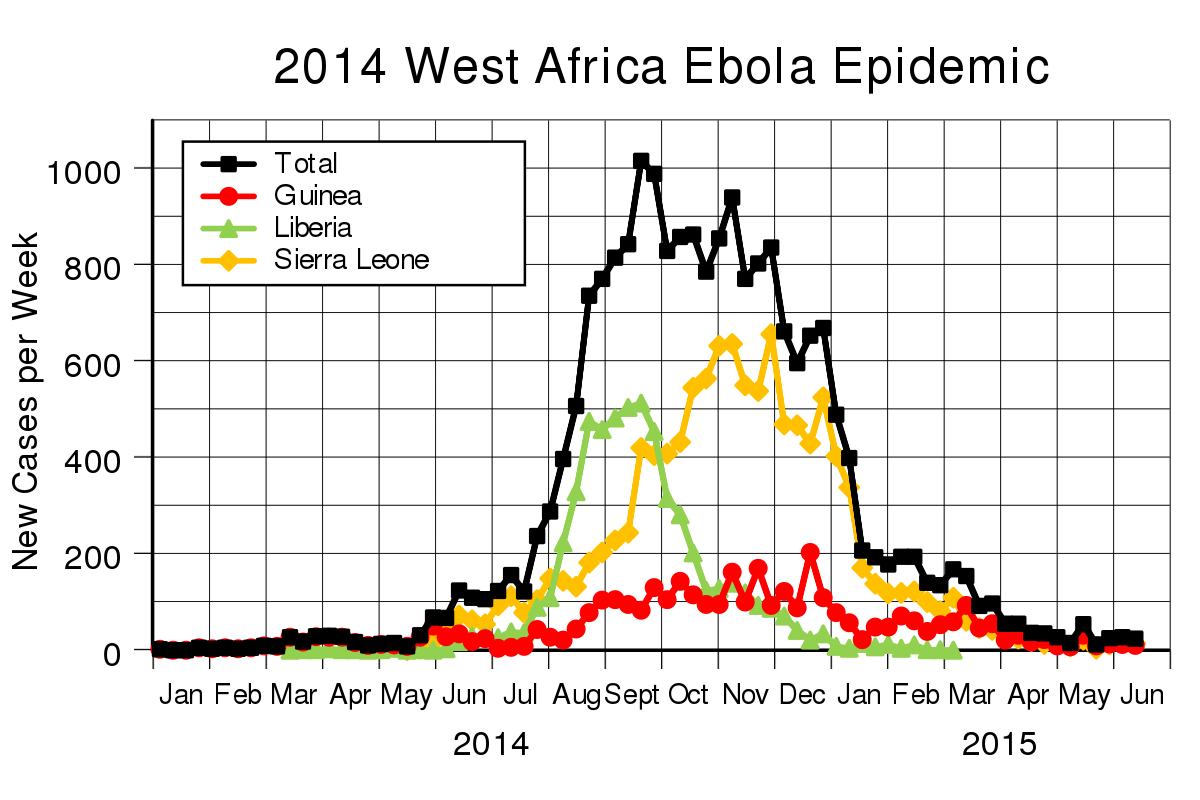 The same can apply to early sales too. For example, if you are giving away gold bars, your first 2.5% will be whoever happened to hear of you first e.g. your friends and neighbours and whoever they told. It is determined by where they sit relative to you in your social network and geography. You didn't need innovative people to want free gold, it's just that some people heard about it sooner than others.

It is an interesting combination of association fallacy and attribution bias to label up whoever adopts early and assume their character traits as an innovator.

For example, if you are selling a new insurance product then risk takers are unlikely to ever be customers. I suspect the best early prospects are not those fitting some universal psychological profile handed down from 1930s business science but those who are suffering the problem you solve the most.

I want to deliver software that is not dumbed down for mass appeal but can enhance the performance of experts but this makes for a difficult business. If Thorny is classed as productivity software then it typically exists at the mouse/flea price-points which requires mass appeal.

If the audience is senior and expert users, you would hope it can be priced at Elephant levels but that segment doesn't really exist. A tool's price is often set by it's classification. It feels like there should be a category of Executive Productivity Software - tools with uncompromising quality and sophistication that don't sell for $5/mo. For example, if a calendar app gave Jeff Bezos 5% more time, would that be worth $100k/mo. to him?

I guess we do currently have these "tools" but they are made out of people! Jeff's calendar is probably a lavishly paid executive assistant who can do everything Google Calendar can do... but also pick up his kid's from school when he is running late.

We often hear about an engineer interviewing at Google, Facebook, Apple, Amazon etc. getting rejected by all but one where they later become very successful. If our interview processes have any merit, shouldn't we expect more consistency?

I wonder if there is a way to justify this outcome without assuming our interview processes are broken. One answer could be team dynamics. There isn't a "wrong personality" but you have to hire what the team needs e.g. too many strong headed staff can be toxic and too many gentle engineers can be weak, but in the right mix, strong-headed enables a team to be decisive and gentleness can be the magic that helps a team gel.

Harj introduced a statistical measure to capture whether interviewers agree on candidates. 0 would be no agreement and 1 would be perfect agreement. He says that internet reviewers of movies agree more than interviewers do on candidates. I'm not sure whether to be surprised by that. Movies are siloed into genres that appeal to specific population segments but reviewers typically only review what they feel they will enjoy so, huh, not sure.

I wonder what his sample-set was like. I personally find close alignment with senior staff but frequently disagree with novice interviewers. They have not yet learned what the red flags are. I think you need the pain of a bad hire e.g. a nice but dim or an all mouth and no trousers to learn what matters.

I find junior interviewers are influenced by rapport and will give a thumbs up when they enjoy the interview. They are likely to sympathise with weak candidates and be dazzled by smooth talkers.

It is a challenge for senior staff to extract and integrate the feedback from junior interviewers. You might need to use tricks like asking them to rank candidate's performance against existing staff. Only then can reveal that your staff's glowing appraisal ranks them below the intern.

How to Apply and Succeed at Y Combinator - Dalton Caldwell

Dalton argues that applying to YC is a way to create luck. It's an argument that you will find in The Luck Factor: The Scientific Study of the Lucky Mind. Luck isn't just chance, it's a habit you can cultivate by continually putting yourself in positions where you can be lucky.

Fair enough Dalton, you win, I have applied to YC!

In my case, it's more for the application experience. There are many reasons to reject e.g. solo founder, slow to launch, no proven traction and I have reservations about venture funded businesses. The people I admire are Jimmy Wales, Tim Berners-Lee and Linus Torvalds not the VC enabled billionaires like Larry Ellison, Mark Cuban and Mark Zuckerberg. There are question-marks over whether their pursuit of money and power has had a net positive contribution to the world unlike the first set. I quite enjoyed filling out the application though. I allowed myself to add some insane ideas to the "other ideas you have" section.

YC is offering a $10k equity-free grant to 100 start-ups but have suddenly revealed that it will only be awarded to companies that apply to the full Y Combinator accelerator. This has caused some outcry on the forum with participants feeling like it is a bait-and-switch.

The grant isn't what I joined for and YC can set whatever criteria they want but it does feel a little like a time-share sales tactic. You have won a free holiday, you just need to sit through a seminar... and fill out this loan application... don't worry you can cancel at any time. Joining YC is talked about like it's a gift but in reality it is to sell part of your company and commit yourself to life as a grow-or-die funded company owned by investors.

YC's response is pretty good. They said that in order to appraise 11k more companies than they expected, they want to reuse their application review process. This makes some sense. The extra hurdle will have a dramatic culling effect. I'm not sure it quite rings true though - it didn't need to be an official application to reuse their infrastructure. They say you don't have to accept an interview if offered but then add "we find it hard to imagine that most companies wouldn't take the opportunity to potentially get accepted to our core program". There is an arrogance here which I think is the source of friction.

With lectures trying to convince people to apply, prominent apply buttons over SUS and HN web-sites and office hour mentors making special efforts to sell their groups on applying, there isn't much doubt there is a strong sales push happening. I can't help but feel that the rule change is the sort of thing people do to hit an end-of-quarter metric.

Guess what... we had some frustrating nonsense with the video conferencing software! I know, unbelievable right? Turns out two people cannot connect from the same url so as one partner joined, the other was kicked off. It's fun and games when the people booting each other off can't talk to each other!

So I have used Termsfeed to get some of the legal check-boxes ticked. That is a nice business to be in. Get a few hundred dollars for emailing someone some text!

I have sent my first ever mass mail! Very nerve wrecking especially given the spectacular YC acceptance letter snafu! This mail currently has an open rate over 50% which is a good sign about the people signing up.

According to the report I see inside MailChimp, a software web-app email has an average of 11.9% opens. However when I try to find a public statistic to share, I find MailChimp is also claiming it is 19.81%. This doesn't give much confidence in MailChimp numbers!