In week 4 of Startup School 2018 we have been learning about product design with Garry Tan, writing content with Craig Cannon and handling PR with Kat Manalac.

This was a 90 minute, 107 slide, two video marathon covering design and product management. Garry was humble and engaging so the time flew by.

Garry's advice is heavily influenced by Dieter Rams and the Swiss School. It's interesting to see how people draw the line between what is style and what is right. When someone is an advocate for a style, they often see other styles as wrong.

Our taste for minimalism reminds me of Michael Siebel in week 2 advising against creating art. An artist may make minimalist works displayed in bare galleries but their tool is their studio which is often the opposite - all that matters is at the surface and within reach in a cacophony of tools, paints, sketches, works in progress and inspirational trinkets. When building software we should probably be looking at what makes a good studio not what makes good art. 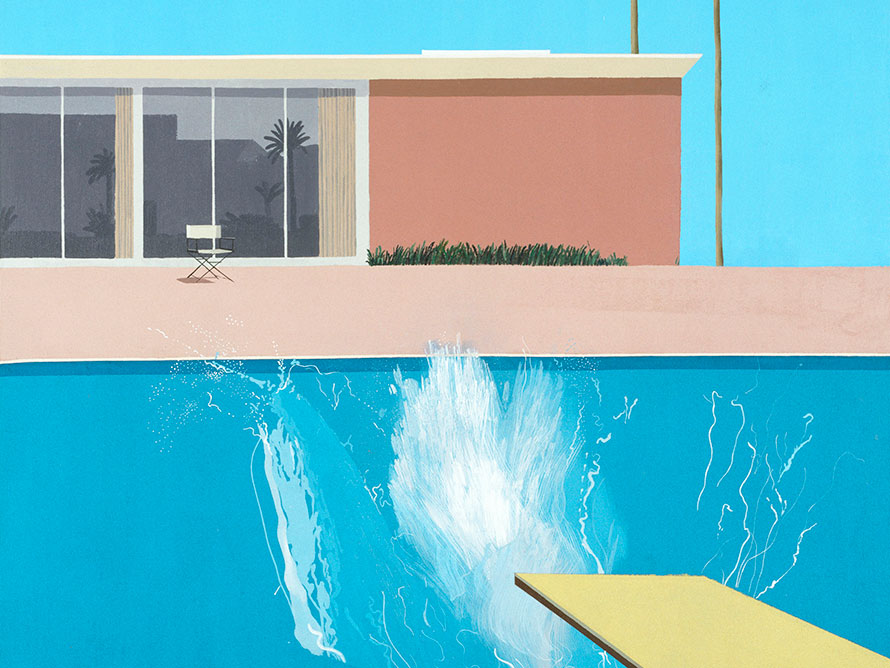 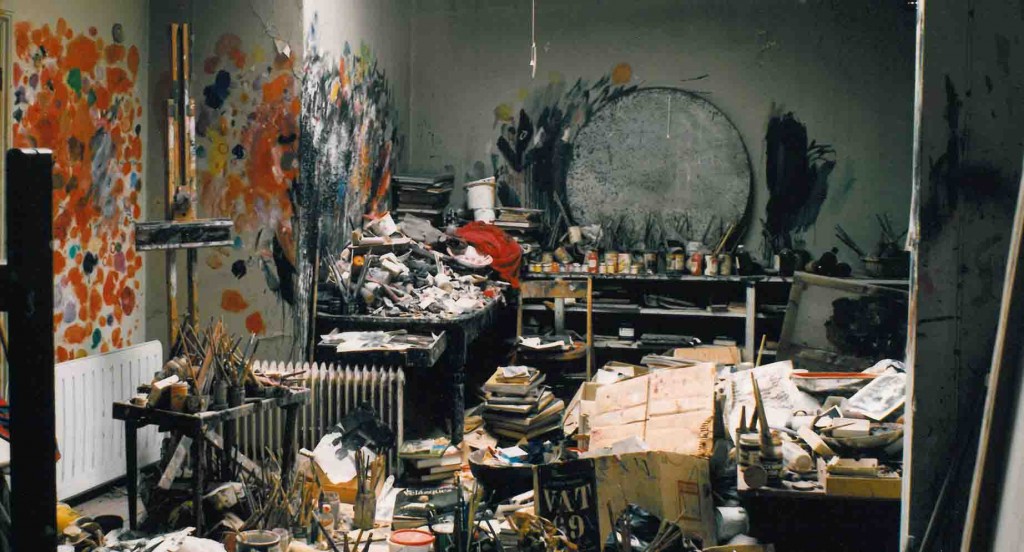 I am drawn to minimalism but increasingly open to the arguments for ornament. The philosopher Roger Scruton has a nice take in Why Beauty Matters that argues the purpose of decoration is to seduce us. Much of what we find beautiful in the world, from birds of paradise, cherry blossom to our lover's smile, is decoration designed to attract, evoke passions and make us love in ways that Helvetica cannot. Many start-ups need to be more like a flower attracting bees than a road sign.

Steve Jobs' towering influence means he featured prominently for the third lecture. In this case, Garry used some of his best quotes:

Everything around you that you call life was made up by people that were no smarter than you and you can change it, you can influence it, you can build your own things that other people can use. Once you learn that, you'll never be the same again.

It reminds me of a friend tearing the spine off a textbook so she could rearrange the pages in a way she found more useful. It was an egregious act of vandalism. A taboo. You just don’t do that to books but there was genius in being able to think beyond the norms of how to treat such things. It was her natural approach to the world. Things that appeared fixed and unquestionable to most were always malleable leading to frequent novelty.

I think there are different ways we perceive the world:

We are often trapped in passive perception. Conditions like depression can prevent us from seeing what is possible but it is also taught. Good citizens should not rock the boat but accept how things are and Buddhism and Stoicism preach acceptance as the means to escape suffering. The active state might give power but it also leads to pain because we become responsible for the way things are.

The transition from passive to active is subtle. It can feel like we need permission. Maybe a Job's quote is enough provocation? 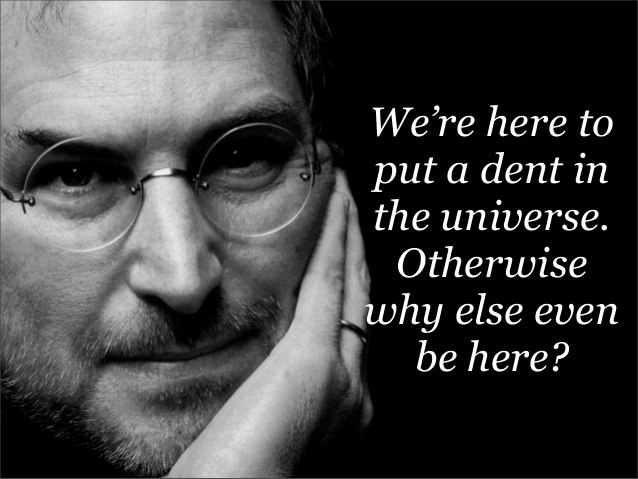 Garry talked about hiring designers including this important criteria:

Can they explain hard decisions, trade-offs and why?

This needs to be emphasised in all roles because I believe it is an essential part of expertise which can be broken down into three levels:

I have met people with the misconception that expertise is level 2 i.e. it's just intuition pulled from the air that cannot be questioned. There is no rationale only feel. When you ask them "why?" they defend themselves with something like "because I really believe it".

Only when we can materialise intuitions into reasoning can we adapt to new circumstances. When a blind pattern-matcher meets something slightly different, they are helpless and drop back to level 1. They have no explanatory theory they can tweak to support the new observations. Once you hit level 3. however, your experience is no longer a black-box. You have the power to rewire it for a novel situation and see what you might be missing.

Garry said that he doesn't use prototyping tools. It's an interesting comment because it's a hot space with lots of increasingly sophisticated tools coming out. I wonder if Garry's work didn't benefit from them because he was a developer or if it's because he didn't need to negotiate with a bureaucracy and prove a design before implementation. As a developer, I too don't find much value in creating an interactive prototype when I can change the actual product in front of me.

Prototyping tools like Framer X are generating code these days. I believe they are trending towards the second coming of the RAD (Rapid Application Development) where designers can ship tools as easily as many non-developers did with VB back in the day.

Craig Cannon presented very engagingly. I have heard him on the YC podcast but didn't realise he started out at The Onion which is pretty cool.

Craig argued that after writing content, you can't be lazy and drop the ball on distribution. I feel guilty of this. Content is the type of task where we might view creation as the focus of all effort and ingenuity and distribution as just an administrative afterthought.

However, when we look at the tasks in terms of value not effort, it's very different. Distribution is not additive. It doesn't determine a fixed 0-5% of the value. It is a multiplier which can transform a work from 0x or 10x. If we are lazy we can make the most exceptional writing functionally worthless.

There is a similar effect in product work. If we add a new feature but get lazy with the onboarding and user education, the new feature has no value.

A common question for content strategies is how often to post something new. Craig had an interesting take:

He used the example of Mary Meeker's annual internet trends report. Three hundred slides worth of research is going to take weeks but it gets millions of views by Kleiner Perkins' target audience.

This fits with Craig's emphasis on quality over quantity:

You're competing with everything else on the internet, and once you really let that sink into your brain, you will have the motivation to make something that's both valuable, and engaging.

Kat Manalac's talk on PR felt quite similar to last year's talk and it's a topic that doesn't have too much relevance to early stage companies so I admit to cranking up the youtube speed to 2x. Wow. I have been disappointed when speeding up Audible and podcasts. Speech often becomes too clipped to be comprehensible but whether it was Kat's clear speaking style or youtube's processing, it was crystal clear at 2x so I'll be using that again.

The YC lectures are now also released as podcasts which makes a lot of sense for conversations because they don't include slides.

I find VC interviews all a bit samey. She mentioned having "screwed up projects" which would have been interesting to get into but it was mostly the typical VC patter and I didn't have many take-aways.

It was fun to learn about her role popularising some common terms and concepts: 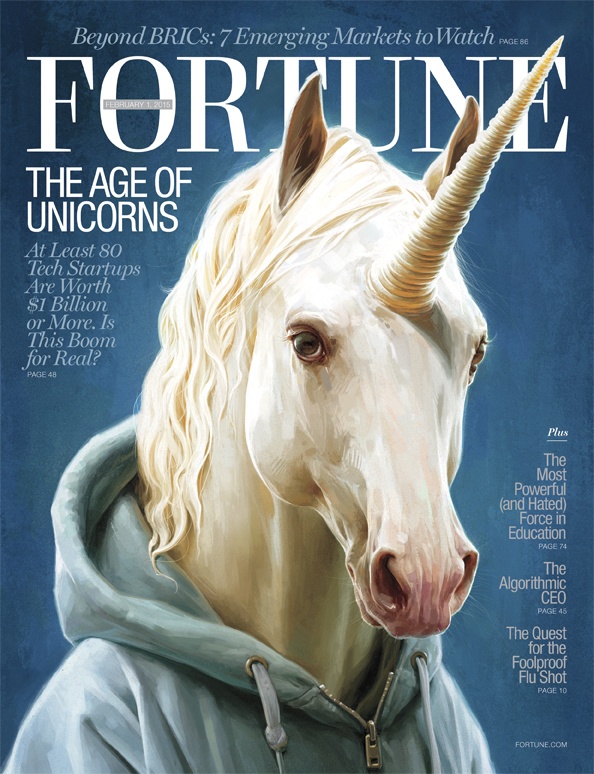 On the forum this week there have been complaints about low participation in the groups. Some groups that started out at 10+ are down to only two or three active companies. This is inevitable with YC opening the doors to all 15k start-ups so like every other massive open online course there is a significant drop in participation. In response, YC has merged some of the groups to drop the inactive members.

The AMAs this week have included Craig Cannon on Content, Shiven Ramji from Digital Ocean and Sales with Chris Bakke.

Shiven had to field some tough questions including AWS comparisons and DO's recent screw-up where they deleted a user's production servers. Hopefully just a one-off issue. The 30k credits they are offering, while generous, also have some unsettling terms such as "not using excessive cpu cycles". It would make me very nervous to use a host that is looking to shut you down at peak activity.

Everyone in my group has remained active and made it to Office hours. I suspect we were all advisor track companies that YC filtered for commitment whereas the groups losing 90% of their activity will have been the non-advisor track.

This week I have been user testing with some very helpful beta-users. It's been a tough experience because I still have a long way to go before the usability and onboarding is delightful. Testing a tool with a learning curve is hard in a short interview. An interview can confirm something is difficult but it doesn't tell you if the fault is in the UX, the onboarding or what the required change might be.

To help investigate this, I brought added UI for managing feature-flags so that we can quickly change Thorny's behaviour and allow users to try some of the different variations I have explored.